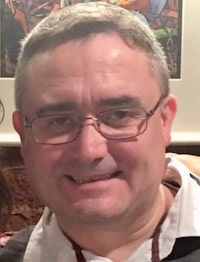 Kevin is a commercial beefarmer with 78 colonies in apiaries in and around Lavenham. Starting Stour Valley Apiaries 3 years ago, he has grown it from just 6 hives in a very short period and has plans to expand to 120 colonies next year. Kevin’s main interest in honey bees is in Bee Improvement and Queen Rearing which led him to join the Bee Improvement and Bee Breeding Association (BIBBA) where he is now a trustee and works with beekeepers around the U.K. supporting them in their Bee Improvement activities.
Kevin started a Bee Improvement group at Abberton Reservoir in 2017 with the aim of re-establishing the native honey bee into that area. Last year was the first year of producing queens and Kevin is going to talk to us about his experience.
BIBBA were formed in 1964 by Beowulf Cooper and a group of enthusiasts keen to preserve the native honey bee which despite reports to the contrary was found to still exist in significant numbers. The work of BIBBA is mainly carried out by groups of beekeepers around the country and in educational events for all beekeepers. Further information can be found at https://bibba.com/about-us/

At The Discovery Centre, Stockwood Park